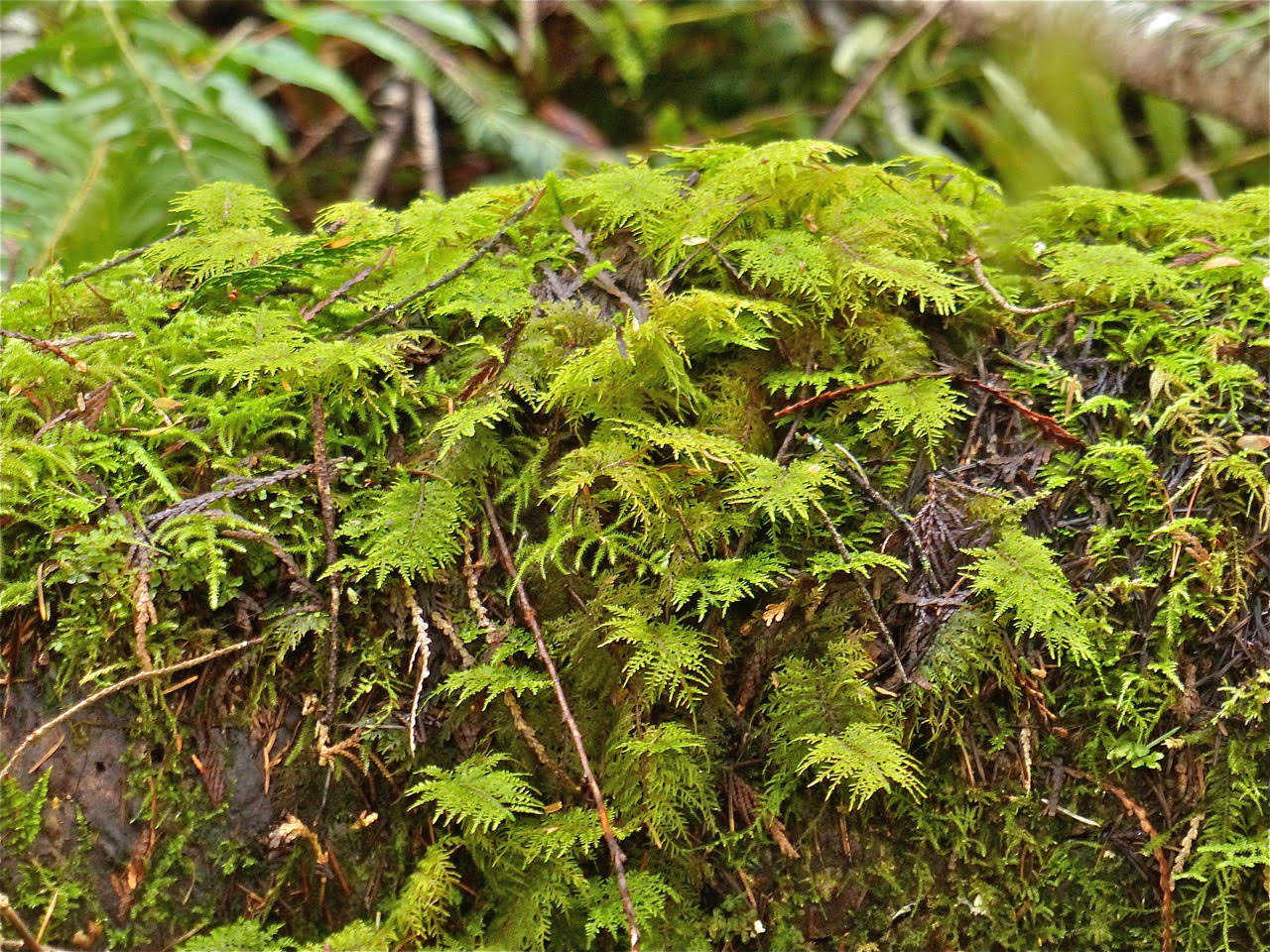 Coastal British Columbia has the greatest diversity of mosses in North America, with the possible exception of the Great Smoky Mountains. Right here you have the opportunity to see more moss species than virtually anywhere else. In our forests mosses tend to be large, branched, creeping species. The humidity allows them to grow so luxuriously. In drier sites we have short, upright ones, due to the lack of moisture. In British Columbia there are about 600 species.

One of the best places to see mosses are the trunks of big leaf maple trees. Their trunks are often completely covered by a dense growth of mosses of several different species. The forest floors where there are old trees tend to have thick moss carpets. The most impressive species here is the step moss (Hylocomium splendens). Its specific name is well deserved.

Similar to mosses is a plant group called the liverworts. They look very much like mosses, but there is debate as to how closely related the two groups are. However, liverworts are considered to be the oldest group of land plants, having been around for over 400 million years. We have a number of species in this ancient group.

Plants of Coastal British Columbia  by Pojar and MacKinnon has good descriptions of our common species of mosses and liverworts.