To Know, Enjoy, and Preserve Nature 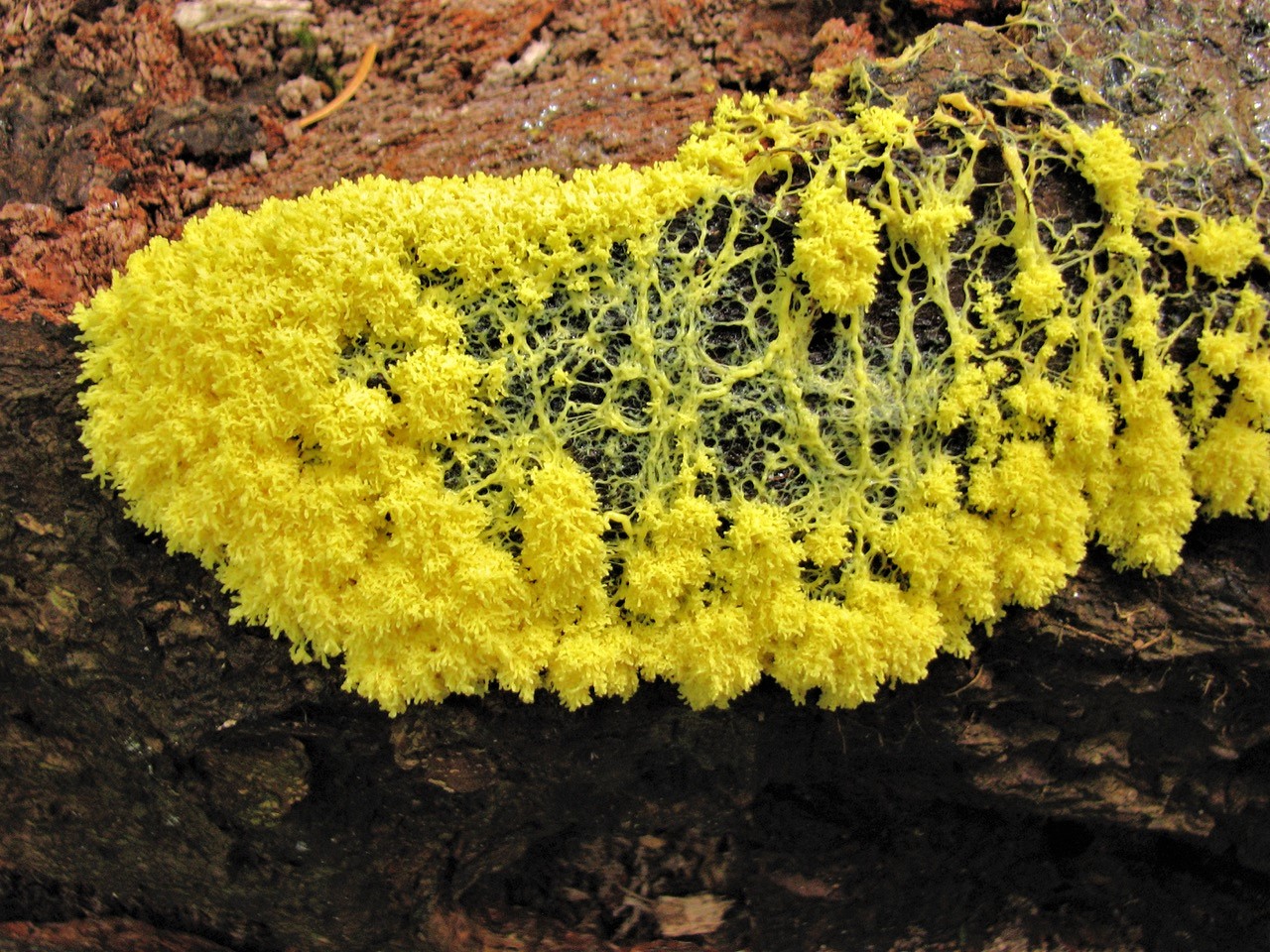 Have you ever seen patches of yellow slime in the woods after a summer rain? These are slime molds, and this yellow one is called Scambled Egg slime (Fuligo septica). There are many different species, but this is the largest and most conspicuous one you are likely to find. Slime molds are strange organisms unlike anything naturalists usually study.
Slime molds are giant single cells. There are no cell walls to give them structure. They are not plants, fungi, or animals, but are related to microscopic amoebas. They slowly move the way an amoeba does, and eat bacteria and fungus spores. After eating enough bacteria it goes into its reproductive stage. These are usually tiny mold like spore cases, which give the false impression that these organisms are fungi. Scrambled Egg slime mold differs from most of the others, as it makes a single, large spore case. When mature it is still yellow, but is dry. If you scrape off the yellow skin you will find a dark purple powder of millions of spores.
The above is a very general introduction, but if you look on the internet you will find much more information. Wikipedia has entries under both slime mold and Fuligo septica. Google Images shows many photos under slime molds, as well as photos under Fuligo septica.